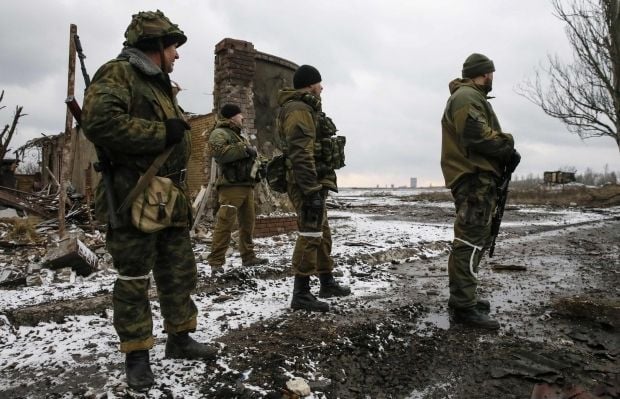 "Such plans at the expert level, in principle, have been discussed and are being debated. We will look at the progress of the negotiations. I expect that this issue will be clarified," Lukashevich said.

He did not say whether the issue of a Russian peacekeeping mission would be discussed during tomorrow's meeting in Moscow between the foreign ministers of Germany, France and Russia.

According to some analysts, Russia is planning to “legitimize” the presence of its troops in the militant-occupied territories of Donbas under the guise of sending in a peacekeeping mission.

Russian troops have been in the Donbas for months, fighting on the side of the militants who seized control in some parts of Donetsk and Luhansk regions, and have been photographed and videoed by journalists many times. Some have even given interviews to Western journalists, showing their passports as evidence of their nationality.

Moscow, however, still denies it has sent any troops into Ukraine – even though some of them have been captured by the Ukrainian military.

Instead, Russia says that any of its soldiers who are in Ukraine are there “on holiday.”