Ukrainian forces have identified a militant subversion group who fired on residential areas of Avdiyivka in Donetsk region disguised as troops from a Ukrainian volunteer battalion, Ukrainian security officials have claimed. 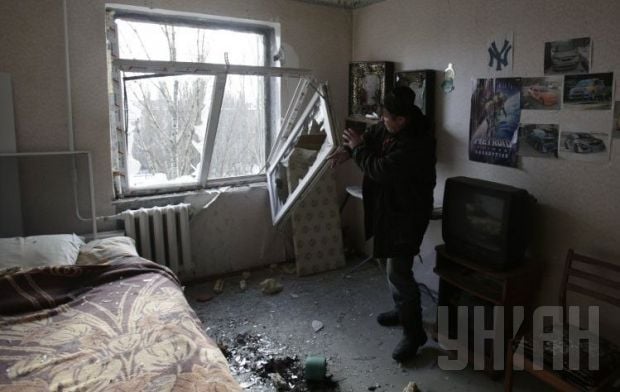 According to UNIAN correspondent, this was reported by National Security and Defense Council press officer Andriy Lysenko at a briefing in Kyiv on Friday.

He said that militants are continuing an information campaign in order to discredit the Ukrainian Armed Forces and Ukrainian volunteer battalions.

"According to the operating data, in the area of Avdiyivka there was discovered a subversive and intelligence group of an illegal armed formation that was carrying out attacks on ATO forces and residential areas under the guise of the Aidar Battalion,” Lysenko said.

“We officially declare that this battalion is serving in Luhansk, and none of the soldiers of the battalion is in Avdiyivka," he said.