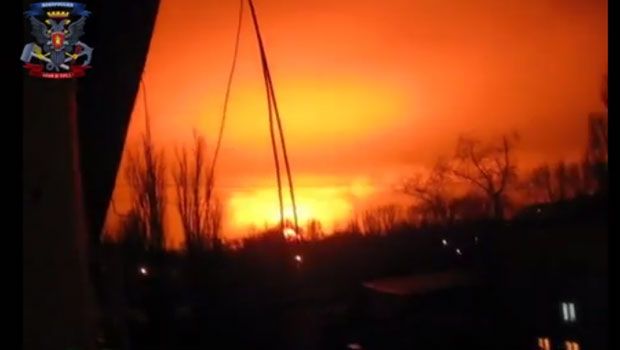 Local residents reported the massive blast in Donetsk at about 2300. Videos of the event appeared on social media sites shortly after.

"My nine-story house was shaking as if made of cardboard,” Donetsk city resident Anastasia said.

“The walls, doors, kitchen utensils - all were shaking. Even tap water started flowing suddenly! It was as if there was an earthquake. Something very powerful exploded."

Many residents saw a huge flash over the city at the time of explosion. According to reports on Monday morning, the explosion occurred at a chemicals plant after it was hit by rockets.

"A fiery mushroom cloud was visible in the area close to the train station. An ammunition depot is said to have exploded," another Donetsk city resident Denis said.

The powerful blast was also heard in nearby towns, namely, Makiyivka and Avdiyivka.