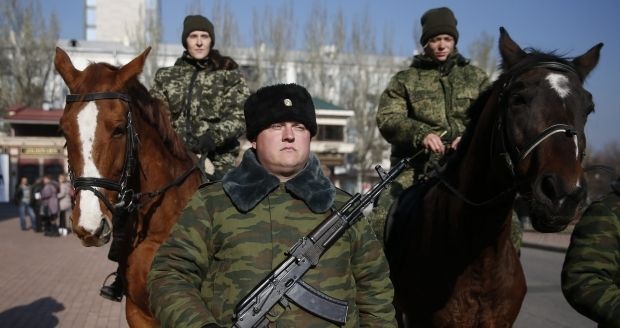 According to Tymchuk, two Ural trucks and one BMP-2 armored vehicle were destroyed, and there were casualties among the militants.

In addition, to the left of the Debaltseve salient the group observed the replacement of the so-called “Cossack” units by the united tactical groups consisting of mercenaries and servicemen who arrived from the Russian Federation, Tymchuk said. He said the Cossacks were moved to territory controlled by the Luhansk People’s Republic militant organization.