The event was authorized by Commander of Ukraine's Joint Forces Serhiy Nayev. 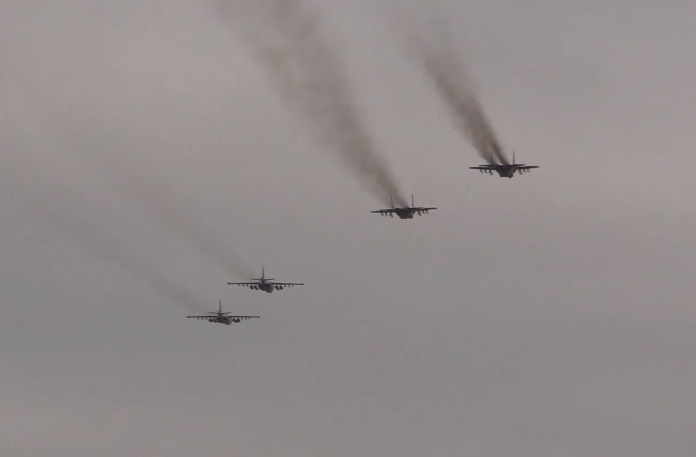 Ukrainian military pilots on January 27 conducted drills over the Sea of Azov to work out a number of tasks, in particular, strike aircraft's support of offshore operations of Ukraine's Navy and the State Border Guard Service of Ukraine that patrol the waters within the Joint Forces Operation (JFO) zone.

"A number of tasks have been worked out during the [Air Force] readiness check. Practical aiming at enemy naval targets was handled from the Ukrainian ships that were on duty in the Sea of Azov," the JFO press center wrote on Facebook.

The military pilots performed their tasks within the needed time limit, it said.

Military pilots, members of the Navy and the State Border Guard Service of Ukraine successfully conducted the drills and were rated as "ready for missions."

The event was authorized by Commander of Ukraine's Joint Forces Serhiy Nayev.