He chaired the so-called "DPR" parliament until his removal in September 2015. 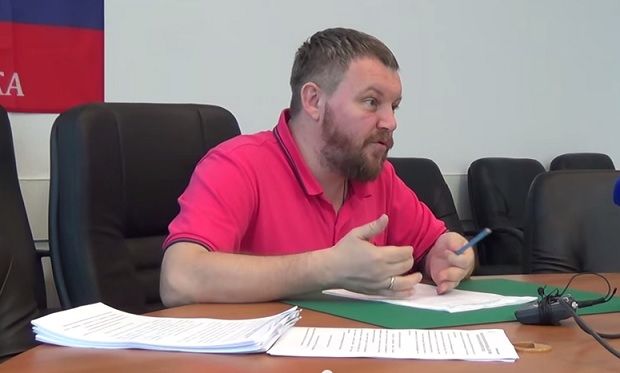 Ukrainian journalist Denys Kazansky has reported that co-founder of the "Donetsk People's Republic" ("DPR") terrorist organization Andrey Purgin, 47, has been denied "citizenship" of that self-proclaimed republic.

"They have decided not to issue the 'passport' of a 'DPR citizen' to Andrey Purgin, who once invented the 'DPR,'" Kazansky wrote on Twitter, publishing screenshots of Purgin's application.

"This is the joke of the year: 'I have been denied the right to life,' Purgin wrote. – Dude, millions of people have lost their right to normal life because of you," the journalist added.

Purgin, born in Donetsk in 1972, co-founded the "Donetsk Republic" organization together with Alexander Tsurkan and Oleg Frolov.

In winter 2013, he was one of the so-called titushkis (hired thugs) who dispersed supporters of the Euromaidan in the city of Donetsk before the Russian occupation. In March 2014, he was arrested by the SBU Security Service of Ukraine but shortly released. In April 2014, he was put on the SBU wanted list on charges of terrorism.

If you see a spelling error on our site, select it and press Ctrl+Enter
Tags:DonbasUkraineDPRRussianAggressionterroristcitizenshipHead