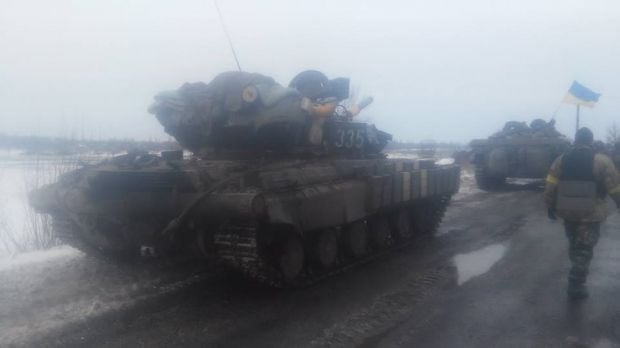 According to Semenchenko, there is still some minor resistance in some areas that is now being suppressed.

The Donbas battalion is conducting a security sweep in the village and the surrounding area of the highway, Semenchenko said.

Ukrainian forces are battling to relieve a group of Ukrainian soldiers in Debaltseve, a key strategic town that has been under constant attack by Russian-backed militants for more than a week. The town is a rail and road transport hub, and an important objective for both sides.