The Ukrainian servicemen launched a guided missile from the Ukrainian Stugna-P anti-tank missile system at an enemy armored vehicle and destroyed it together with the crew. 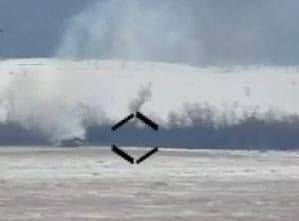 Ukrainian military have destroyed an armored vehicle of the Russian proxy forces in Donbas.

"On February 5, under the cover of mortar fire, Russian mercenaries, using an armored combat vehicle, attempted to approach the advanced positions of Ukrainian defenders and seize an observation post in the direction of the villages of Sokilnyky-Krymske in Luhansk region," the press center of Ukraine's Joint Forces Operation wrote on Facebook.

To repel the attack, Ukrainian servicemen employed firearms and an anti-tank unit, launching a guided missile from the Ukrainian Stugna-P anti-tank missile system at the enemy armored vehicle, effectively destroying it. The crew is reported to have also been eliminated in the strike.

If you see a spelling error on our site, select it and press Ctrl+Enter
Tags:DonbasRussianAggressionhybridwardefense