Another batch of howitzers, APCs delivered to occupied Donbas from Russia – Defense Ministry 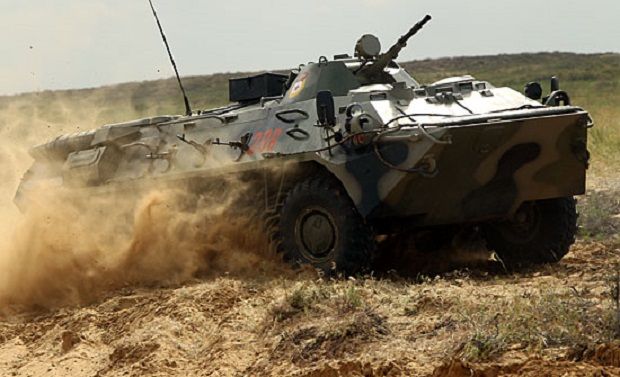 Spokesman for Ukraine's Defense Ministry Dmytro Hutsuliak has said another batch of 122mm D-30 howitzers and BTR-80 armored personnel carriers was delivered to the temporarily occupied territory of Donetsk and Luhansk regions from Russia.

According to him, the Russian Federation continues to secretly increase the supply of weapons, military equipment, and ammunition for the needs of formations and units of the 1st (Donetsk) and 2nd (Lugansk) Army Corps of the Russian armed forces through uncontrolled parts of the border in eastern Ukraine.

"At the same time, the command of the Russian armed forces increased the number of inspections by commissions to strengthen control over the activities of Russian occupation forces, which is associated with a large amount of unrecorded weapons and ammunition in formations and units and with rotational measures of commanders […] in the 1st and 2nd Army Corps," he said at a briefing on February 6, referring to the Ukrainian Defense Ministry's Main Intelligence Directorate.

Hutsuliak said the work of the integrated commission of the ground forces command of the Russian armed forces continued in the temporarily occupied territory of Donetsk and Luhansk regions from January 25 to check the staffing, combat readiness, and supplies.

If you see a spelling error on our site, select it and press Ctrl+Enter
Tags:RussiaDonbasRussianAggressionarmssupplies