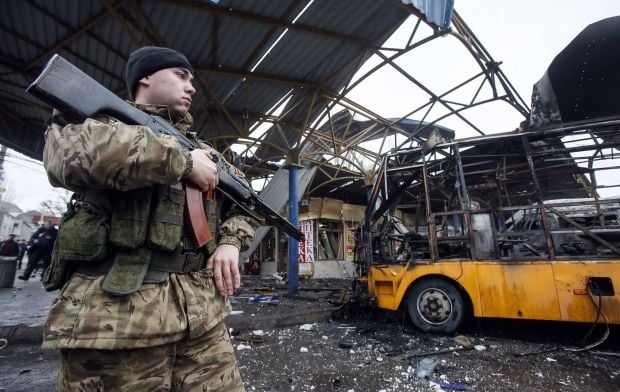 In particular, heavy fighting continues in the area around the Ukrainian-held town of Debaltseve.

"Most of the strikes launched by the Russian-backed militants were aimed at Debaltseve, Chernukhino, and Kamenka. Gunmen stormed three positions of the Ukrainian military near these settlements," the statement reads.

In the area around Donetsk, there was shelling of the villages of Vodiane, Avdiyivka and Pisky.

"The militants [also] intensified their attacks in the area of Mariupol. The settlement of Pervomaisk was shelled with Grad rockets,” the press center said. “Artillery was used to shell Mykolaivka and Chermalyk. In the course of the day the Ukrainian military successfully maintained their positions.”