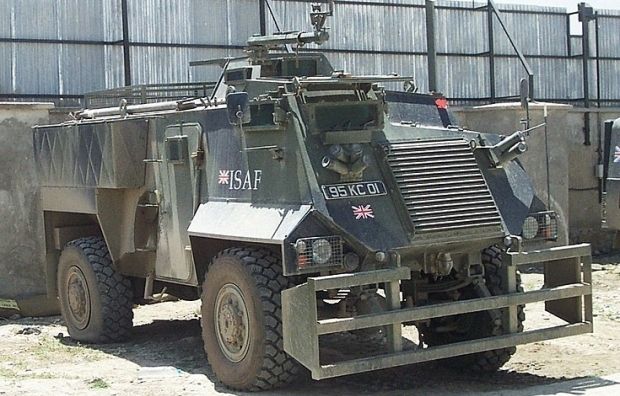 Turchynov, speaking during a visit on Friday to a training center of the Ukrainian National Guard, said that in the near future the armored vehicles will undergo conversion work at the enterprise of state concern Ukroboronprom to adapt them to the needs of the Ukrainian army.

"These Saxons were obtained without weapons - they will be equipped with a weapons station made in Ukraine, which should provide effective fire cover for the National Guard or the other units that the vehicles will be delivered to," Turchynov said.

After testing, the armored vehicles will "immediately enter service with our military," he said.

As reported earlier, on December 5, 2014, First Deputy General Director of state-owned enterprise Ukroboronprom Sergiy Pinkas said that the Ministry of Defense of Ukraine had purchased 75 light armored vehicles from British manufacturer Saxon for about $3.8 million.

He also added that the Saxon armored cars are an affordable alternative to the outdated technology currently in service of the Ukrainian army, stressing that these machines are being upgraded and would be ready to provide the necessary protection for the Ukrainian military when carrying out missions in the combat zone.

Saxon armored vehicles were developed in the early 1970s to act as a cheap but efficient "battle-taxi" for security forces on missions. Saxons are currently used by several countries, including Oman, Bahrain, Malaysia and Nigeria.