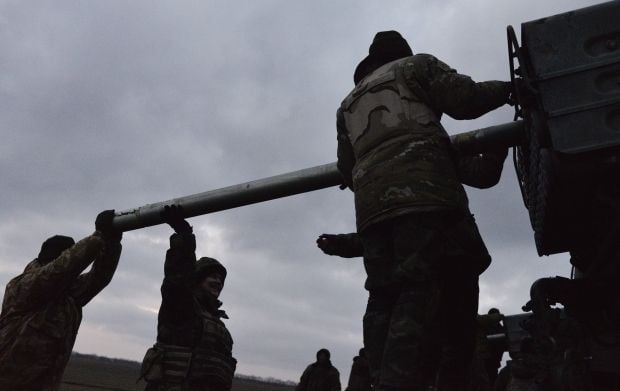 "In the first day after the beginning of the ceasefire, the illegal armed groups failed to comply with the agreements they signed in Minsk. Thus, yesterday the occupants twice shelled ATO positions in the settlement of Shyrokino with tanks," the statement reads.

It also said that at 0100 on Monday militants launched attacks with small arms on Ukrainian positions in the same village.

Also yesterday, a UAV vehicle was observed near the settlement of Kalchyk.

On Monday at 0820 the militants started shelling the eastern outskirts of Shyrokino, and the attack is continuing.

The situation in other positions of the "M" or Mariupol sector of the frontline is calm. The Ukrainian military are in their positions, and do not open fire, fully complying with the Minsk agreement, the report said.