Militants launch 112 attacks in last day, 88 of them on Debaltseve 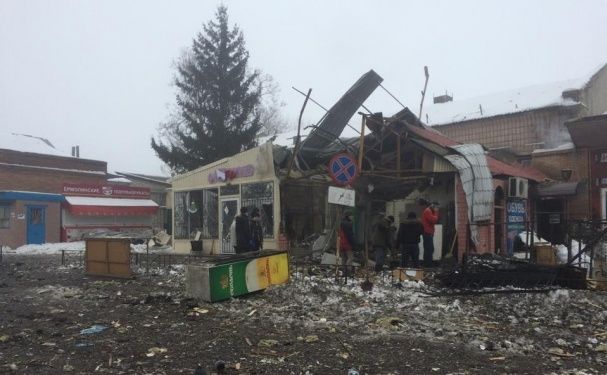 "Analyzing the first day since the beginning of the ceasefire, we can say that the illegal armed groups are not adhering to the agreements they signed," the report says.

"Since the beginning of the ceasefire the militants have fired multiple launch rocket systems 31 times. They used tanks four times, and they have used artillery and mortars 56 times," the press center said.

"We can confirm that the illegal armed groups are not adhere to the signed agreements," the press center reported.

"Debaltseve has suffered the most militant attacks. [Militants] fired Grad rockets at [the town] 19 times. The village of Chornukhyne was attacked three times and had Grad rockets fired on it four times. The villages of Popasna, Sanzharivka, Zolote, Kamianka were attacked by the Grad multiple launch rocket systems and artillery," the report reads.

It also said that the militants had been ordered to occupy Debaltseve “at any cost” and to provoke the Ukrainian armed forces.

In addition, according to the press center, the militants are planning to fire on Donetsk.

"At the moment, the intensity of the fire on the positions of the Ukrainian armed forces in the direction of the Luhansk and Donetsk regions has slightly decreased. The militants mostly attacked from small arms and rocket-propelled grenades. The villages of Toshkivka, Opytne, Novotoshkivske came under mortar fire. The militants fired tanks twice on the village of Shyrokyne near Mariupol."

The Ukrainian army has also observed the activity of the militant drones along the line of contact in the direction of Debaltseve and Donetsk, according to the press center.

As UNIAN reported earlier, two civilians were killed as a result of shelling of the village of Popasna.

According to the latest Minsk agreements, a ceasefire was to have come into effect from 0000 on Sunday. However, the militants have continued to attack Ukrainian forces in Debaltseve and around the southern port city of Mariupol.