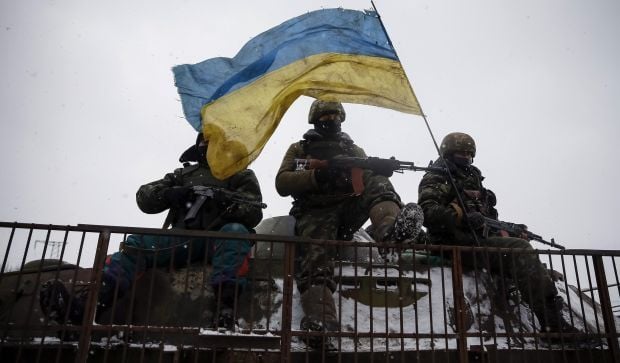 "Logvinovo village is within the fire zone of Ukrainian artillery. Over the last few days, fierce fighting has continued there, but now our checkpoints are on the outskirts of the village, so the village is actually under our control," he said.

Also, according to Stelmakh, the Artemovsk-Debaltseve highway is completely controlled by Ukrainian military, with Ukrainian checkpoints being set up there.

"The road is completely controlled by us, ammunition and food are transported there, and a scheduled rotation of personnel is being carried out," he added.

Journalists have attempted to reach Debaltseve in recent days, but have been turned back by the forces from both of the warring sides in the Donbas after being told it is too dangerous.

Officials from the OSCE, which under the Minsk agreement of February 12 was supposed to be monitoring the agreed ceasefire, were prevented from entering the town by Russian-backed militants on Sunday, who said the area was not safe.