The video was reportedly recorded on February 18, 2019. 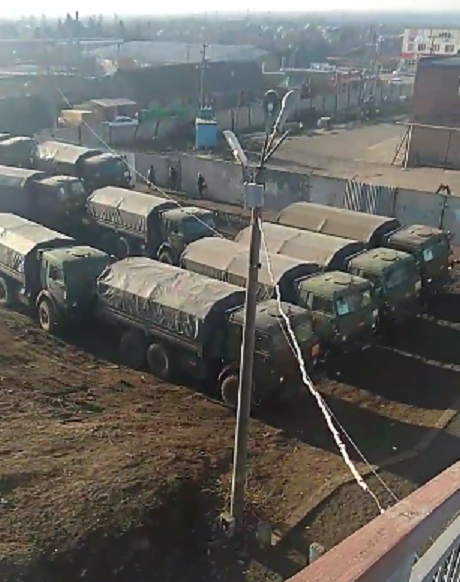 A Russian user has shared a recently recorded video showing Russian military equipment amassed in Rostov region near the border with Ukraine.

"The morning of February 18, 2019. The village of Pokrovskoye, Rostov region, near the border with Ukraine. The military are not concealing from passersby that tanks and equipment are going to Ukraine. It's the so-called 'civil' war in Ukraine ... The Russian leaders are vile, deceitful and totally infamous," Dmitry Karbyshev wrote in captions to the video posted on Facebook.

Karbyshev added that two tanks were seen on an open mobile platform on the tracks.

He wrote in comments that he is a citizen of Russia, born in the Russian city of Rostov-on-Don. Currently, he lives in Rivne, western Ukraine, with his family as he is married to a Ukrainian woman. He has reportedly returned to Rostov region to look after his old mother.

He mentioned Russia's railways company OAO RZD in his Facebook profile as his place of work.

The village of Pokrovskoye (about 12,300 residents) is 3 km south-west to the railroad station Neklinovka, Rostov region. It is 65 km from Rostov-on-Don.