Media: 'Dozens of bodies' of those killed during withdrawal from Debaltseve brought to Artemivsk morgue

Several dozen dead bodies were brought to the morgue in Artemivsk on Wednesday as Ukrianian troops retreated from the nearby town of Debaltseve, Ukrainian channel Hromadske.TV reported, with reference to the morgue attendant Ruslan Fedoniuk. 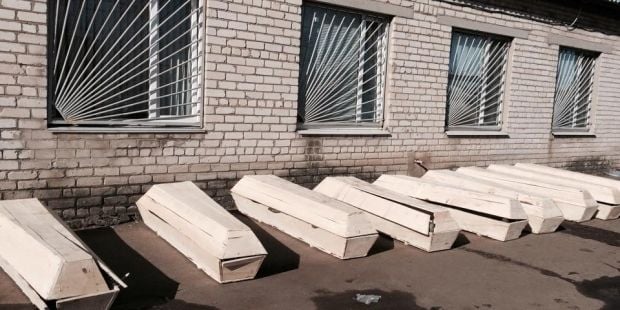 According to Fedoniuk, the number of those killed is less than the 40 reported earlier.

Also, many wounded soldiers with serious injuries have been evacuated to Artemivsk, and from there transported by helicopter to hospitals in Kharkiv.

The reports were also confirmed by journalist Anastasia Bereza of the weekly political magazine Novoe Vremya, who is in the area.