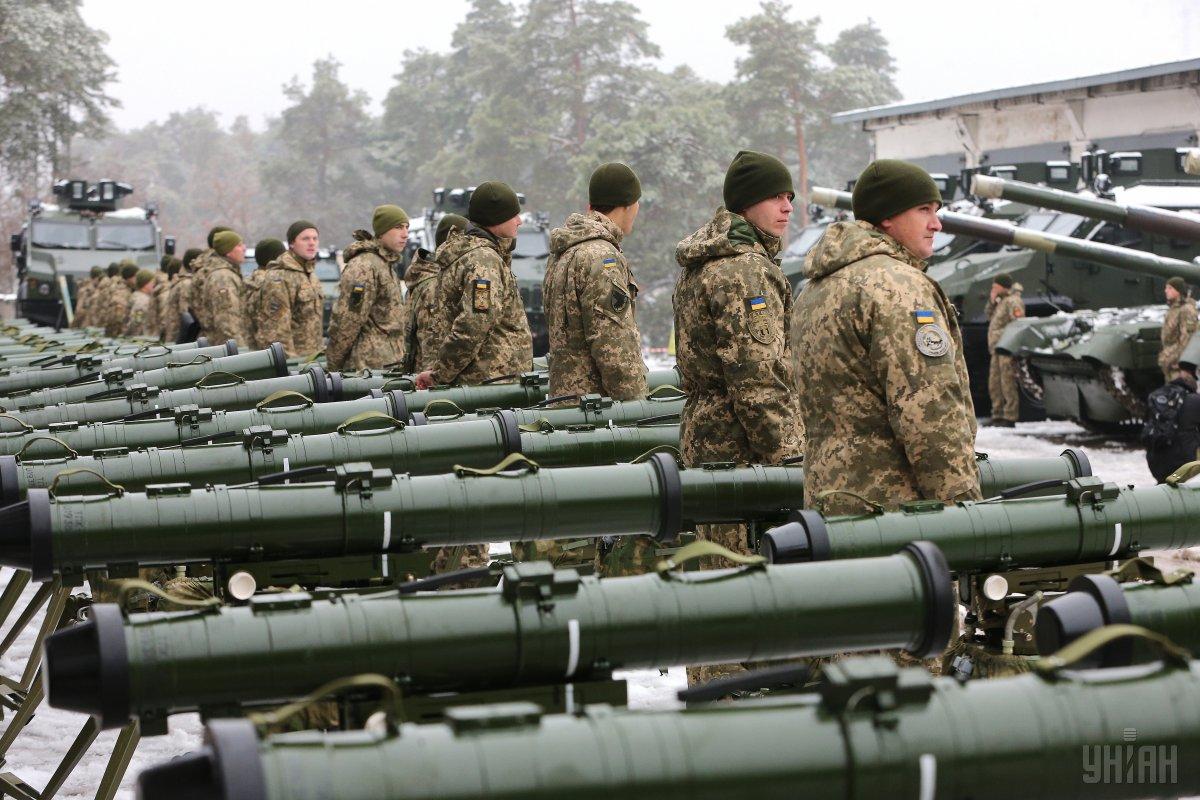 "The Ukrainian-made Stugna-P anti-tank missile system is being upgraded. Finally, we have fully provided the army with them, and they are used if necessary," he said at a meeting with senior officers of the Armed Forces of Ukraine in Kyiv, an UNIAN correspondent reported.

According to him, the Stugna-P missile system demonstrated high efficiency in the area of the Joint Forces Operation in Donbas.

"The defense enterprises have begun serial production of upgraded T-64 tanks. The production of BTR-3, BTR-4 armored personnel carriers, which proved to be good, modernized infantry fighting vehicles, has finally resumed," he said.

According to Poroshenko, the modernization of the Grad and Smerch multiple rocket launcher (MRL) systems is also under way.