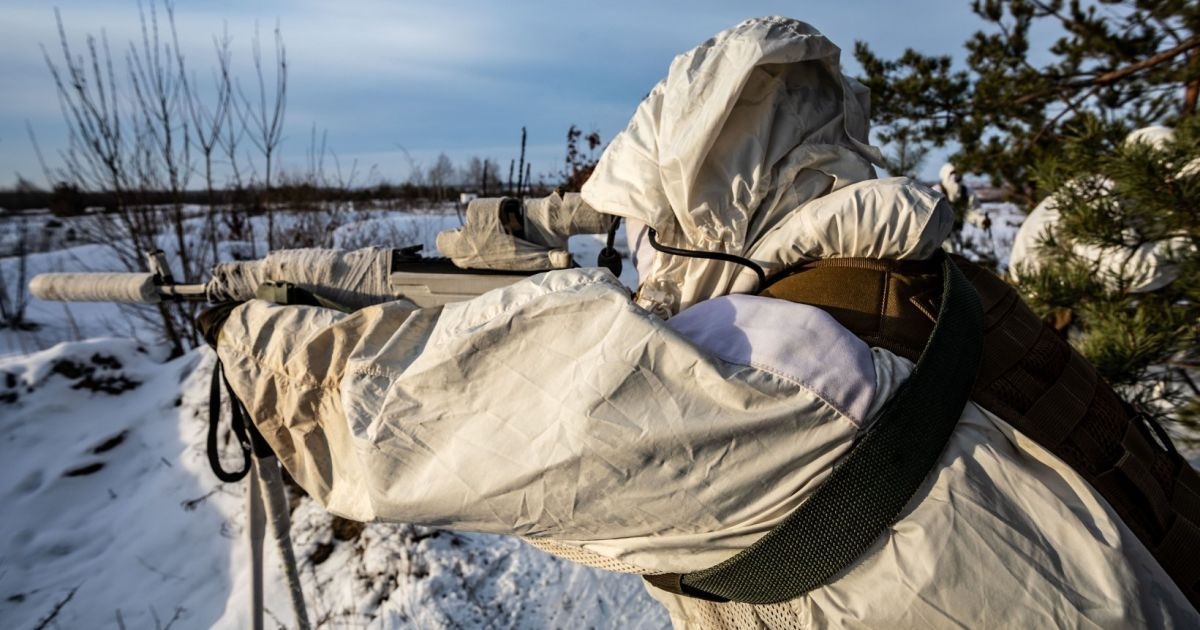 Ukrainian guardsmen of a battalion of a tactical group serving in the Joint Forces Operation zone have eliminated two enemy snipers in Donbas, eastern Ukraine.

"A pair of snipers belonging to the Russian occupation forces were at their firing position and were preparing to eliminate Ukrainian soldiers," the press center of Ukraine's Joint Forces Operation wrote on Facebook on February 26.

"We had been monitoring the sniper and his assistant for two days. We prepared the position, the distance was comfortable, after that we successfully fulfilled counter-sniper tasks," the press center quoted the guardsmen as saying.

Deputy Commander of the Joint Forces for interaction with the National Guard of Ukraine Volodymyr Penkov thanked the guardsmen for their service and gave them awards for professionalism.

As UNIAN reported earlier, Russia's hybrid military forces mounted seven attacks on Ukrainian army positions in Donbas in the past 24 hours, with one Ukrainian soldier reported as killed in action and another one as wounded in action.

If you see a spelling error on our site, select it and press Ctrl+Enter
Tags:DonbasUkraineRussianAggressionNationalGuardenemysnipersJFO