Over 90% of Ukrainian troops withdrawn from Debaltseve

More than 90% of the personnel of the Ukrainian armed forces in the eastern Ukrainian town of Debaltseve have already been withdrawn, the government’s Anti-Terrorist Operation spokesman Anatoliy Stelmakh said at a briefing on Thursday, according to an UNIAN correspondent. 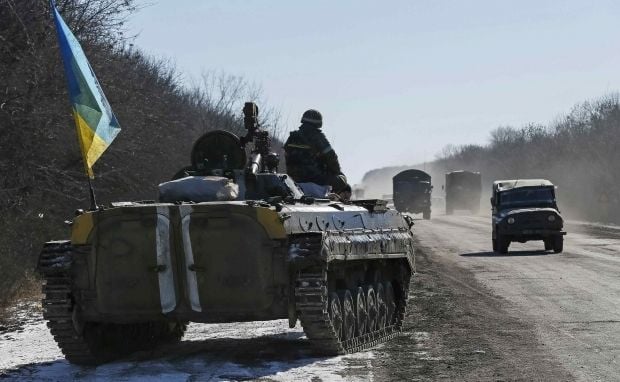 According to Stelmakh, the withdrawal of troops from Debaltseve to a new front line is being completed.

"More than 90% of the military personnel have already withdrawn from the town and its outskirts," he said.

"The planned redeployment of the Ukrainian troops has demonstrated once again that there was no encirclement. The Ukrainian military units will occupy new, more favorable positions for the defense of the country," Stelmakh said.

As UNIAN reported earlier, on Wednesday evening Ukrainian President Petro Poroshenko said that a total of 2,475 Ukrainian troops had already withdrawn from Debaltseve in the east of Ukraine.