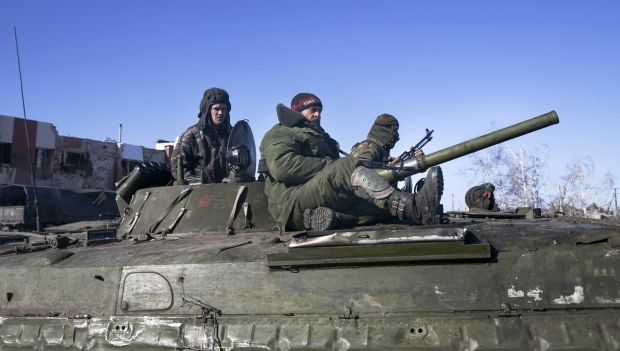 "We have recorded an intensification of militant attacks in the area of Mariupol over the last day. Russian-backed insurgents fired from tanks on our positions near the village of Shyrokyne, as well as launching 13 attacks with artillery and mortars," he said.

"At the same time, the intensity of militant attacks along the demarcation line decreased last night," Stelmakh said.

In addition, according to the ATO headquarters, the village of Krymske in Luhansk region was also attacked by the militants in the last 24 hours.