Completion of Ukrainian troops withdrawal from Debaltseve reported to Poroshenko

The chief of the Sector S command staff was the last to leave Debaltseve, the presidential press secretary said. 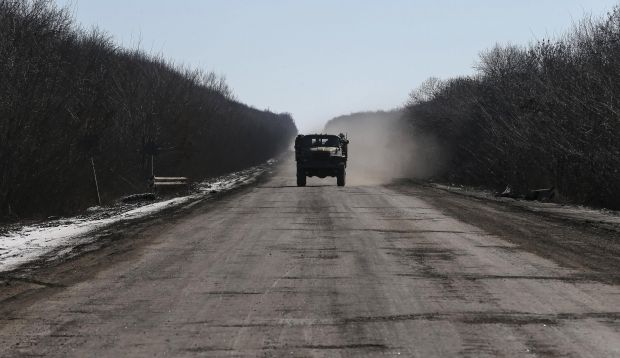 The chief of the Sector S command staff, Colonel nom de guerre 'Taran,' who controls the operation to withdraw the Ukrainian troops from the town of Debaltseve, has reported to Ukrainian President Petro Poroshenko that he was the last to leave the town, presidential press secretary Sviatoslav Tseholko wrote on Facebook.

"While controlling an organized withdrawal of our troops from Debaltseve, I was the last who has left it,' the chief of the Sector S command staff said in a telephone conversation with Poroshenko.

The president called the colonel to thank for courage and heroism, Tseholko wrote.