Militants in Luhansk agree on scheme for withdrawal of heavy weapons 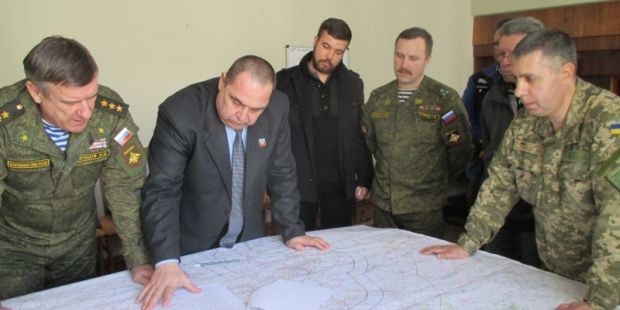 The head of the Ukrainian delegation in the center, Oleksander Rozmaznin, said that the map and withdrawal lines are based “only on the Minsk agreement,” Ukrainska Pravda said.

The document was signed by the leader of th Luhansk People’s Republic militant organization, Ihor Plotnytsky.

"I, as the head of the Ukrainian [delegation to the] center, will also sign the document after obtaining permission from the [Ukrainian] leadership" Rozmaznin said.

Asked whether the Luhansk militants have already started withdrawal of heavy weapons, he said "They fought, and the next day after they had performed their dirty work they said that they had begun a withdrawal. But no one has monitored this process."

According to reports posted on militant Web sites, the map will be also agreed with the leader of the Donetsk militants, Oleksandr Zakharchenko.