Mercenary aka 'Motorola' could have been eliminated by DPR militants – SBU

The Security Service of Ukraine (SBU) assumes that Russian citizen Arseniy Pavlov (nom de guerre 'Motorola') has been eliminated by terrorists from an illegal armed group of the self-proclaimed 'Donetsk People's Republic' (DPR). 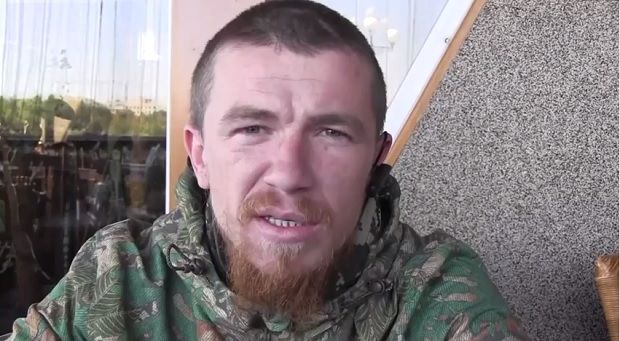 Mercenary aka 'Motorola' could have been eliminated by DPR militants / Screenshot

This was announced by Chief of the SBU's Main Investigation Department Vasyl Vovk at an exhibition entitled "Presence. Evidence of Aggression of the Russian Troops in Ukraine's Territory," which opened on Mykhailivska Square downtown Kyiv, an UNIAN correspondent reported.

"As for citizen Pavlov, who is better known by his nom de guerre 'Motorola,' they have been looking for him, and he may have already been eliminated by his comrades-in-arms. They kill each other. He is suspected of torture and public executions of people. He simply came up to people and shot them. We've got this evidence from the released hostages," Vovk said.

The SBU officer also said that the punishment of terrorists for hundreds of the dead, injured citizens and their damaged property, as well as crimes against humanity is inevitable. "All these are crimes against humanity. Let me stress once again – we've opened a criminal case, [it's] a large-scale process, under Article 438 [of Ukraine's Criminal Code – Violations of the Laws and Customs of War'], and we will do our utmost to make all those responsible, including citizens of the Russian Federation, bear criminal responsibility," he added.

According to Vovk, if it's impossible to bring terrorists to court in Ukraine, the Ukrainian authorities may turn to international courts for assistance.