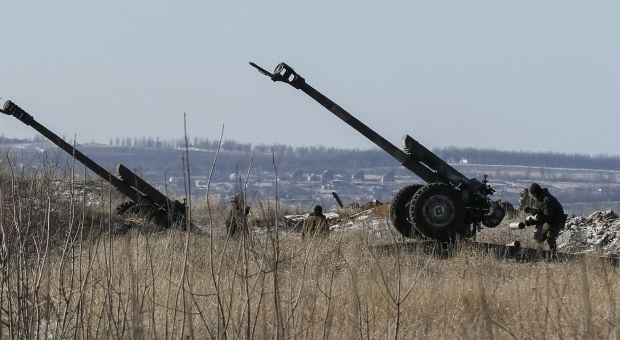 "Currently we’re at the first stage of the preconditions – a complete ceasefire. As soon as the terrorists stop their attacks on our positions, we will implement the second stage. [But] at present, there is no comprehensive ceasefire," Stelmach said.

The same position was stated by the spokesman for the General Staff of the Armed Forces of Ukraine, Vladyslav Seleznev.

"In accordance with the Minsk Protocol and Minsk Memorandum, the first condition is the observance of the ceasefire by both sides to the conflict, and only then will the withdrawal of weapons and military equipment from the contact line start. Due to the fact that [militant] attacks on the positions of Ukrainian soldiers continue, the withdrawal of heavy weapons is out of the question," Seleznev said.

At the same time, he confirmed that the ATO forces have prepared the necessary transport for the withdrawal of the weapons.

The withdrawal of the aforementioned heavy weapons should have started no later than the second day after the ceasefire was declared on February 15, and have ended within 14 days.

The OSCE was expected to contribute to this process with the support of the Trilateral Contact Group.