The convoy was spotted in Russia's Rostov region. 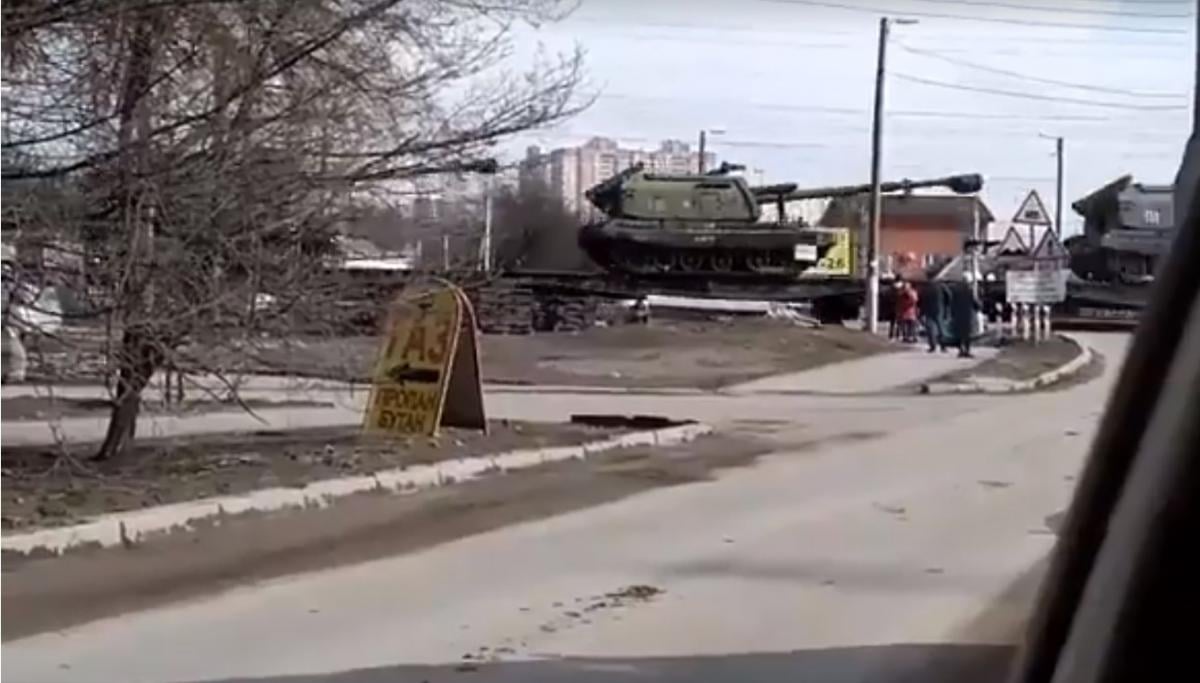 A convoy of Russian military hardware was spotted near the border with Ukraine on March 16.

"A wandering military convoy with heavy weapons. Most likely, another rotation in the 'commissary' or in the 'Donbas mines,'" officer of the 53rd separate mechanized brigade of the Armed Forces of Ukraine Anatoliy Shtefan wrote on Facebook, posting the relevant footage.

The convoy spotted in Russia's Rostov region was transporting heavy weaponry whose use is prohibited in Donbas by the Minsk peace agreements.

If you see a spelling error on our site, select it and press Ctrl+Enter
Tags:RussiaUkraineborderRussianAggressionconvoymilitaryhardware