Warplanes were fully loaded with weapons. 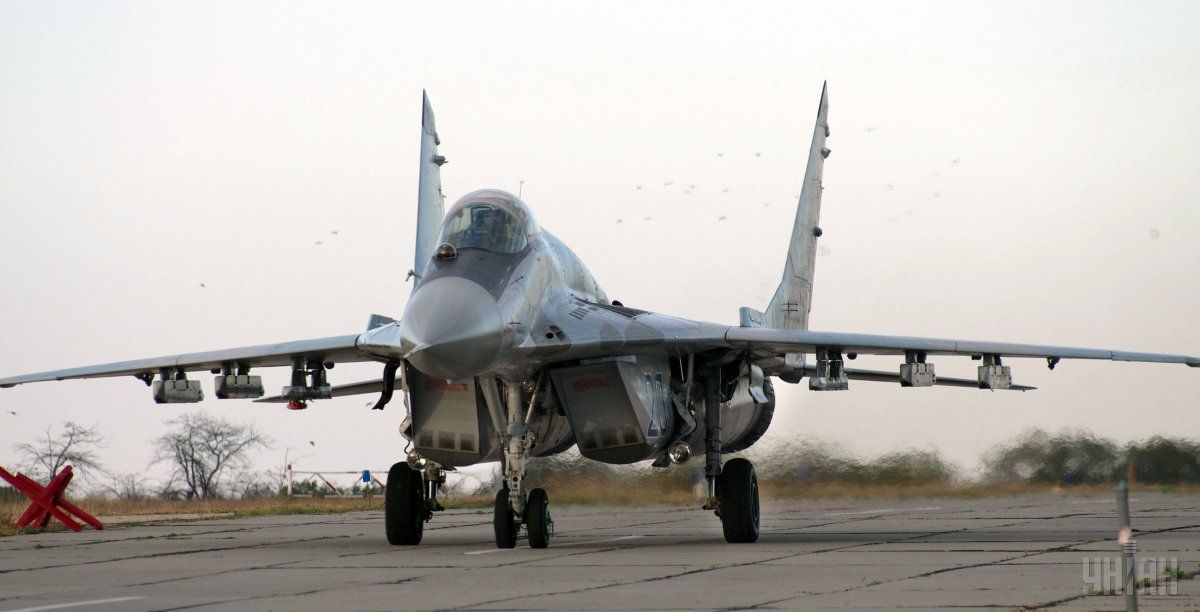 A MiG-29 fighter wing and a pair of Su-25 attack aircraft performed scheduled flights over the Sea of Azov, providing an air cover for Ukraine Navy ships sailing in the area.

The corresponding video was posted by the press service of the Joint Forces Operation HQ on its Facebook page.

During the mission, the crews worked out a number of tasks, including a duo flight, anti-missile maneuvers, and the like.

It should be noted that the warplanes were fully loaded with weapons.

Upon completing the mission, the aircraft landed at one of the operational airfields in close proximity to the zone of ​​the Joint Forces Operation.

As UNIAN reported earlier, last year, the Lviv State Aircraft Repair Plant, in close cooperation with other enterprises of the Ukroboronprom State Concern, completed the modernization of the MiG-29 fighters to the MiG-29MU1 level.

The MiG-29MU1 aircraft reach speeds of up to 2,450 kmh due to a pair of turbojet engines with an afterburner. The list of fighter’s weapons, besides the 30-mm automatic cannon, includes a whole range of air-to-air missiles for air combat at small and medium distances, as well as bombs and blocks of unguided rockets for engaging ground targets.

In addition, the aircraft is equipped with an advanced electronic warfare system designed for individual defense against attacks by anti-aircraft missile systems and enemy aircraft.

If you see a spelling error on our site, select it and press Ctrl+Enter
Tags:warRussianAggressionvideotrainingconflictflightAzovMig29jointforcesJFO