The attack was carried out in early March. 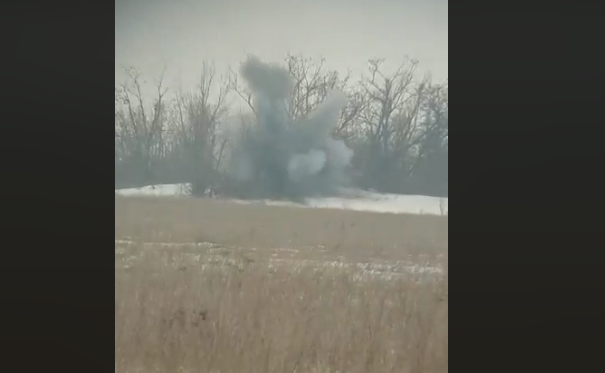 Officer of the Armed Forces of Ukraine, Anatoliy "Shtirlitz" Shtefan posted on a social network a video of a strike on the firing positions of Russian occupation forces in Donbas.

The attack was carried out in early March.

"As a result of an apt shot, another enemy machine-gun firing point and a fortified position were destroyed," he wrote on Facebook.

As UNIAN reported earlier, Russia's hybrid military forces in the past 24 hours mounted 11 attacks on Ukrainian army positions in Donbas, with three Ukrainian soldiers reported as wounded in action.

If you see a spelling error on our site, select it and press Ctrl+Enter
Tags:warDonbashybridwar