One Ukrainian soldier killed, two wounded as their car hits landmine near Avdiyivka in Donbas (Video) 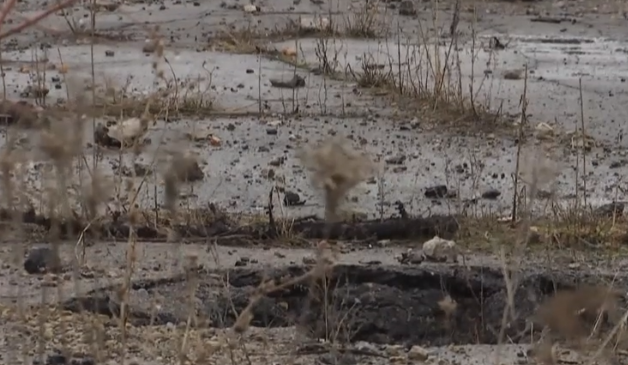 One Ukrainian soldier has been killed, another two have been wounded when their car hit a landmine near the town of Avdiyivka in Donbas, eastern Ukraine.

The two wounded were rushed to hospital in the city of Dnipro, the TV news service TSN said.

They suffer from multiple burns on the body, head and limbs. One is being treated for 5% burns and the other for 40% burns, doctors said.

Another three Ukrainian soldiers were wounded in shelling in Donbas in the past day.

Read alsoThree Ukrainian soldiers wounded in Donbas in past day

One soldier who was wounded by sniper fire was hospitalized. He was digging a trench when shelling began. He managed to dodge first two bullets, a third one hit his head.

It passed an inch from his temple, doctors say. "As if someone hit my head with a stick. The doctor said I was lucky, as the bullet passed less than an inch from the temple" Ukrainian serviceman Hryhoriy Kukin told TSN.

If you see a spelling error on our site, select it and press Ctrl+Enter
Tags:RussianAggressioncarblastlandminesDonbasWar