It is noted that a militant was eliminated in the attack. 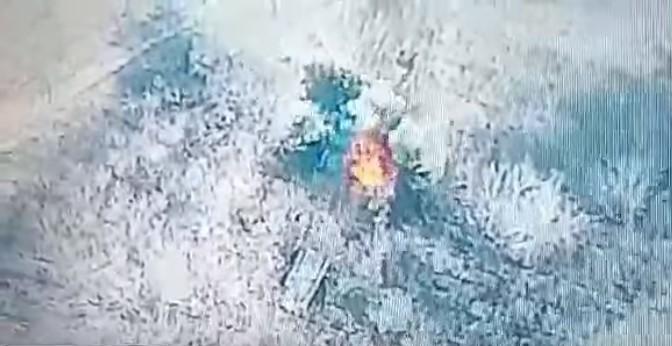 A video has been uploaded on Facebook, apparently shot from an unmanned aerial vehicle, showing a strike hitting an enemy Ural military truck in the Joint Forces Operation zone.

The truck had delivered ammunition and weapons to the front line, reads the report by Anatoly Shtefan.

"As you can see, the Wasp stung skillfully and delicately, just like sinking a ball into a pocket," the comment reads.

It is noted that a militant was eliminated in the strike.

If you see a spelling error on our site, select it and press Ctrl+Enter
Tags:warDonbasvideostrikeconflicthostilities