The Ukrainian armed forces have begun the withdrawal of heavy weapons in the Donbas in two directions: from Donetsk airport and the Debaltseve salient, the head of the Interior Ministry’s Investigation Department in Donetsk region Illya Kyva said on Ukrainian television’s Espreso.TV channel on Thursday. 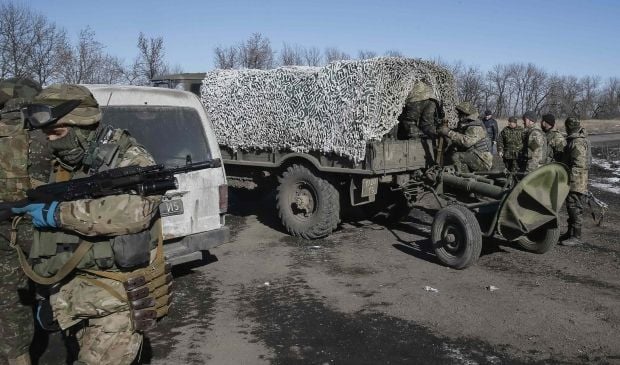 "Today we received an order from the Commander in Chief to begin the withdrawal of our artillery. We have started to implement it in two parts of the front: from the Donetsk airport and the Debaltseve salient," Kyva said.

"We’re doing this slowly, carefully, and we look at the positions of the militants, so that they could not use our withdrawal of artillery for the beginning of their offensive actions. This process is required, but cautious. The OSCE observers are also here, and it is not a day job," he said.

According to Kyva, the time for the withdrawal depends on the actions of the militants, how they will implement the Minsk agreements.

As UNIAN reported earlier, on February 26 the Ukrainian armed forces began the withdrawal of 100mm caliber artillery systems from the demarcation line under the agreements reached in Minsk on February 12.