Tymchuk: Militants not withdrawing all weapons 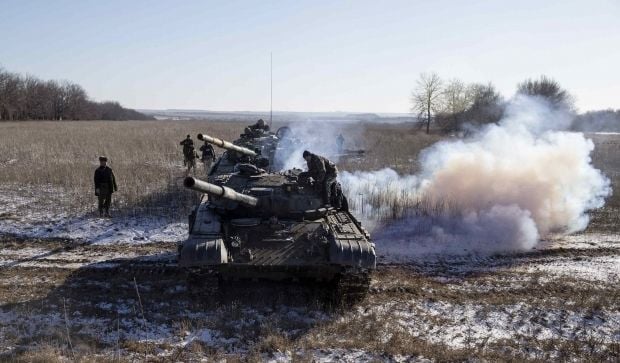 "As of February 26, according to the data of the Information Resistance group, Russian-terrorist troops have withdrawn only about 10-15% of the specified amount of weapons,” Tymchuk wrote.

“And the withdrawal of weapons by terrorists is not being carried out to the distance specified by the Minsk arrangement, but in such a way that enables them to bring them back to their initial positions within 30-40 minutes," Tymchuk wrote on Facebook.

He also noted that the militants and Russian forces have delivered around 30 attacks over the past few days, continuously violating the ceasefire agreement.

"The attacks are carried out mainly with small arms. Cannon artillery was used to shell the positions of Ukrainian forces near settlements of Opytne, Vodiane, Pisky," Tymchuk added.

As UNIAN reported earlier, the ATO forces began withdrawing from the frontline all weapons over a caliber of 100mm, under the supervision of the special monitoring mission of the OSCE in Ukraine.