The OSCE Special Monitoring Mission (SMM) to Ukraine has monitored a visit to Donetsk airport by the Joint Centre for Control and Coordination (JCCC) and the International Committee of the Red Cross (ICRC). 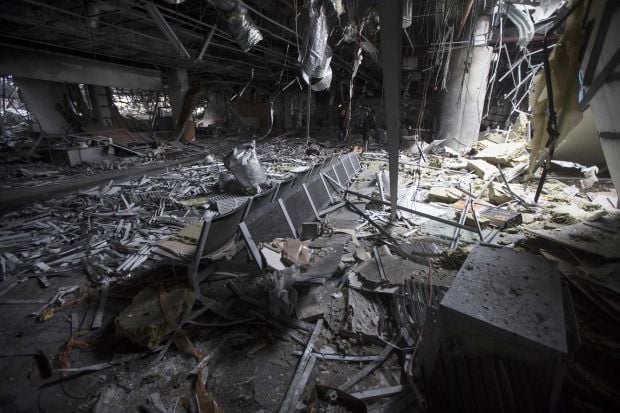 This was announced in a latest report by the SMM released on February 28, based on information received as of 1800 Kyiv time on February 27, 2015.

The SMM reports that militants from the self-proclaimed Donetsk People's Republic ('DPR') have recovered 10 new dead bodies of Ukrainian soldiers at Donetsk airport.

"A 'DPR' commander said that the bodies of 10 Ukrainian soldiers had been recovered. The 'DPR' showed two corpses in uniforms with Ukrainian insignia and body bags containing, according to the 'DPR,' the remains of three Ukrainian soldiers. The 'DPR' said that these bodies would be transferred to a Donetsk morgue; from there further arrangements would be made for their return to Ukrainian authorities," the SMM said in the report.

Pro-Russian militants earlier said that they had found at least 30 dead bodies belonging to Ukrainian defenders of Donetsk airport.