According to intelligence reports, two occupiers were killed and another five were wounded. 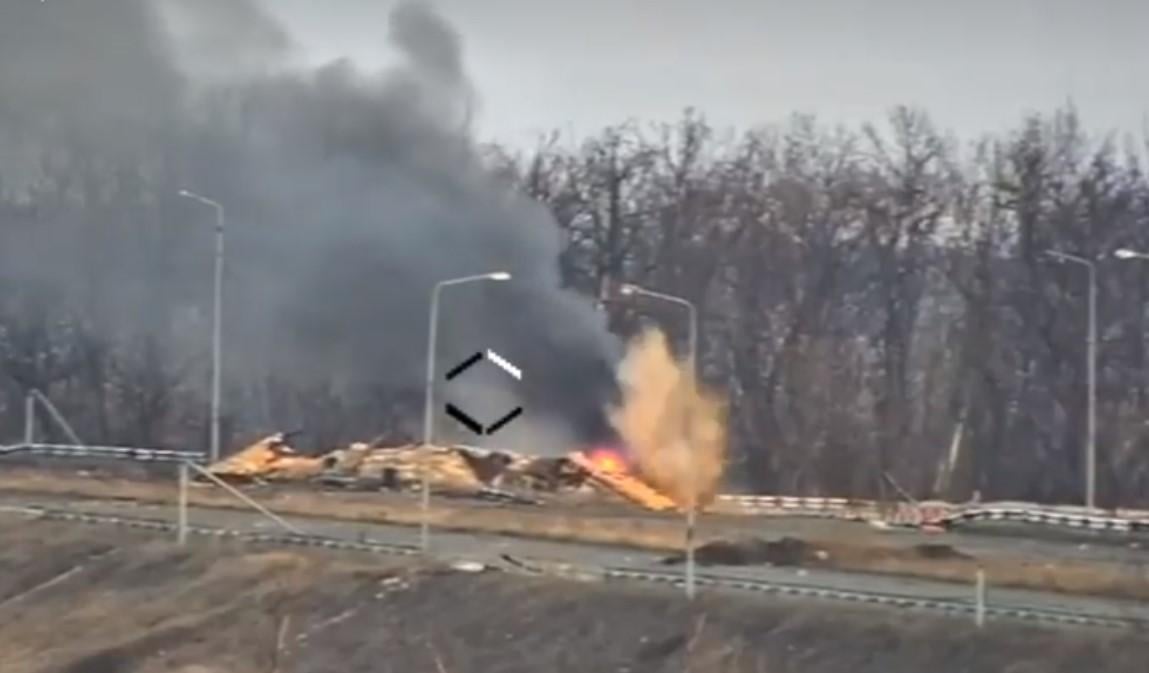 Officer of the 53rd Separate Mechanized Brigade of the Armed Forces of Ukraine, Anatoliy Shtefan, has uploaded a video, showing a strike by Ukraine's Joint Forces on enemy fortified positions in the area of the Yasynuvata road junction in Donbas, eastern Ukraine.

"According to intelligence reports, two occupiers joined the notorious '[Cargo] 200 Brigade,' while another five went to lick their wounds. Positions and shelters were burning the whole day," the officer said in captions of the video posted on Facebook.

As UNIAN reported earlier, Russia's hybrid military forces in the past 24 hours mounted 10 attacks on Ukrainian army positions in Donbas, with one Ukrainian soldier reported as wounded in action.

If you see a spelling error on our site, select it and press Ctrl+Enter
Tags:DonbascasualtiesRussianAggressionwoundedhybridwarterroriststrikepositionsUkraineArmyCargo200