Tymchuk: Militants trying to force Ukrainian soldiers out of Shyrokyne

A tactical group of Russian-backed militants in the area of Novoazovsk is trying to push units the Ukrainian armed forces out of the village of Shyrokyne, head of the Information Resistance group Dmytro Tymchuk wrote on his Facebook page on Wednesday. 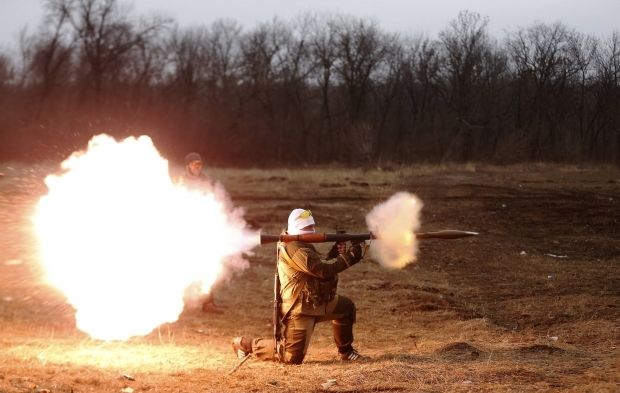 "The militants are actively [simulating] the withdrawal of troops in this region: they withdraw weapons in the daytime and return them at night. As the militants say themselves, they’re spinning a carousel," Tymchuk said.

The enemy continues to carry out active reconnaissance of the combat formations of the Ukrainian armed forces on several fronts.

There have been several attempts by Russian-backed militants to dramatically strengthen and increase the use of sabotage and reconnaissance groups up to the positions of the Ukrainian troops. The lack of complete control of the line of demarcation by the Ukrainian armed forces allows the militants to carry out such actions, Tymchuk said.