A total of 81 bodies of Ukrainian soldiers killed in January in military clashes with Russian-backed militants were brought out of the Donbas conflict zone over the last week, the government’s Anti-Terrorist Operation headquarters spokesman Vladyslav Selezniov said at a briefing on Wednesday, according to an UNIAN correspondent. 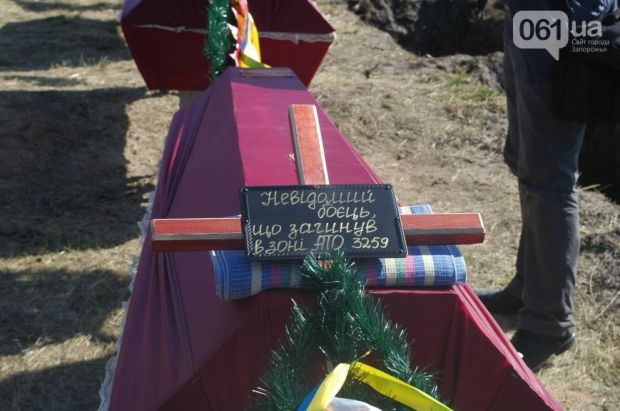 "Over the last week, from militant-controlled territory we have recovered the bodies of 81 people who died from January to February 2015," he said.

"We have already identified 19 of the bodies. Their names will be soon published on the Web site of the Ministry of Defense of Ukraine," Selezniov said.

He also said that forensic medical examination experts were involved in the identification of the other dead bodies.

There was heavy fighting in eastern Ukraine from January until mid-February, despite a ceasefire having been declared on September 9 last year.

Ukraine says it has lost control of more than 500 square kilometers of its territory since the September 9 “ceasefire,” as militants supported by Russian troops attacked and took over villages and road checkpoints in the Donbas.