One Ukrainian soldier killed, one wounded in Donbas conflict zone in last day

One Ukrainian soldier has been killed and another one injured in the Donbas conflict zone over the last 24 hours, National Security and Defense Council spokesman Andriy Lysenko said at a briefing in Kyiv on Wednesday, according to an UNIAN correspondent. 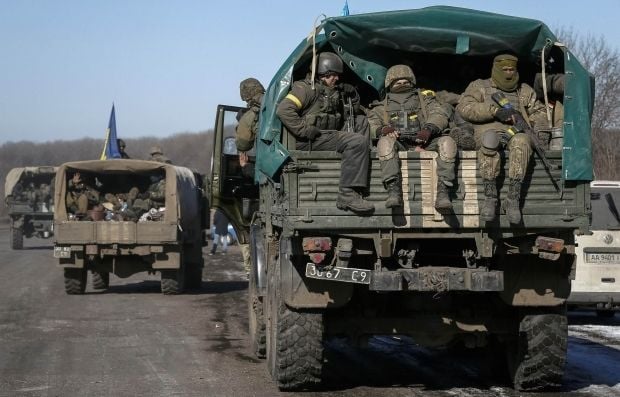 "Over the last day, we have lost one Ukrainian soldier, and another one was injured as a result of military clashes," Lysenko said.

Despite peace talks being held last month in Minsk, the fighting on the ground in eastern Ukraine continues. Ukrainian troops are frequently attacked by Russian-backed militants in Donetsk and Luhansk regions, although the intensity and number of the attacks has decreased of late.

Attacks by the militants continue, Ukraine says, with 12 violations of the ceasefire in the last 12 hours as militants continue to attack Ukrainian positions, mostly with small arms, but occasionally with artillery.

The OSCE is supposed to monitor the withdrawal of heavy weapons by both sides. However, the organization says it has not received information from the militants about where their weapons have been relocated. It said that Kyiv had provided it with some information, the BBC reported.

The militants claimed on Monday to have withdrawn “100%” of their heavy weapons from the front line, but Ukraine on the same day reported more attacks by militants on its positions, including artillery attacks.