The Ukrainian armed forces are ready for the third phase of the withdrawal of heavy weapons from the demarcation line in the Donbas, the government’s Anti-Terrorist Operation spokesman Anatoliy Stelmakh said at a briefing in Kyiv on Thursday, according to an UNIAN correspondent. 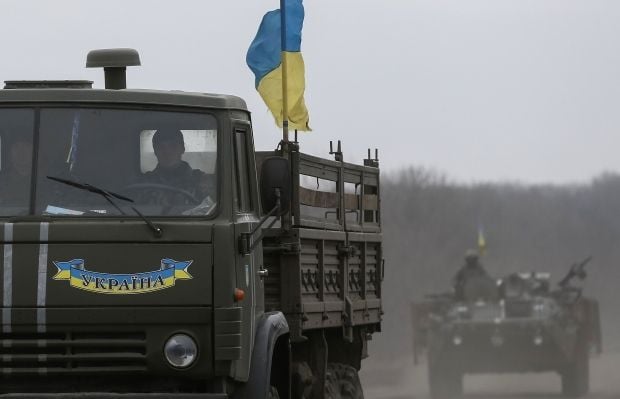 "Over the last day, in the second phase, the Ukrainian armed forces have withdrawn 2S3 Akatsiya self-propelled artillery to a certain distance. In the near future, we will start the third phase of withdrawal of heavy weapons - if the militants comply with the peace agreements," Stelmakh said.

"The withdrawal of [Ukrainian forces’] heavy artillery is constantly supervised by the OSCE special monitoring group and representatives of the world media," Stelmakh said.

"By their actions, the Ukrainian armed forces have once again demonstrated that they fully comply with the agreements, and they expect the same from the warring party," he said.