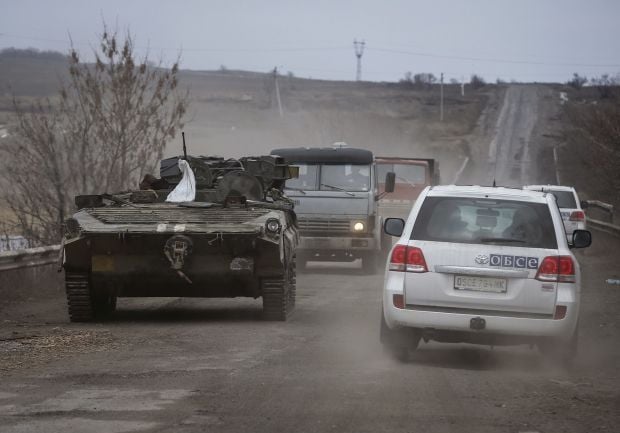 As UNIAN learned from the EU Delegation to Ukraine, the EU is ready to work further on guaranteeing the full implementation of Minsk agreements at several different levels, most notably through support for the OSCE.

As part of this effort the EU has already donated 40 unarmoured vehicles and 24 armoured [Toyota/LandCruiser-type] vehicles to the OSCE SMM.

The fleet will be officially handed over to the SMM beginning of next week.

Sweden's Ambassador to Ukraine Andreas von Beckerath earlier wrote on Twitter on March 5 that the Armed Forces of Sweden had brought 15 armed vehicles to Ukraine for the OSCE SMM in Donbas.

"+15 EU armoured vehicles to support @OSCE_SMM transported to #Ukraine by Swedish Armed Forces by air were previously in #EU Mission in Libya," he wrote in his tweet.