The Joint Forces adequately respond to each shelling by the Russian occupation forces. 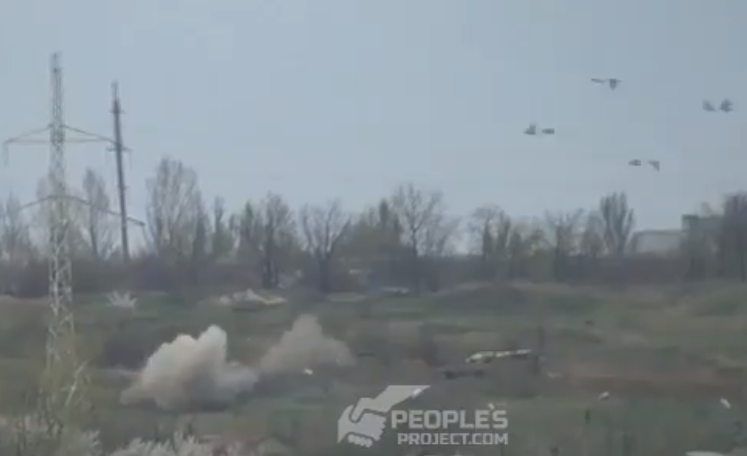 Officer of the Armed Forces of Ukraine Anatoliy "Shtirlitz" Shtefan has shared a video of a double strike on the positions of Russian occupation forces in Donbas, eastern Ukraine.

"The war goes on without a break for a minute. The Joint Forces adequately respond to each attack by the Russian occupation forces of the 1st and 2nd Army Corps of the Russian Federation," he said in captions of the video posted on Facebook.

Earlier, Shtefan disclosed the enemy death toll in Donbas over the past three days.

If you see a spelling error on our site, select it and press Ctrl+Enter
Tags:DonbasUkrainevideostrikeenemypositionsofficeroccupationforcesjointforces