The Ukrainian armed forces will not withdraw all their weapons from the demarcation line until they are sure the Russian-backed militants have also pulled back theirs, National Security and Defense Council spokesman Andriy Lysenko said at a briefing in Kyiv on Wednesday, according to an UNIAN correspondent. 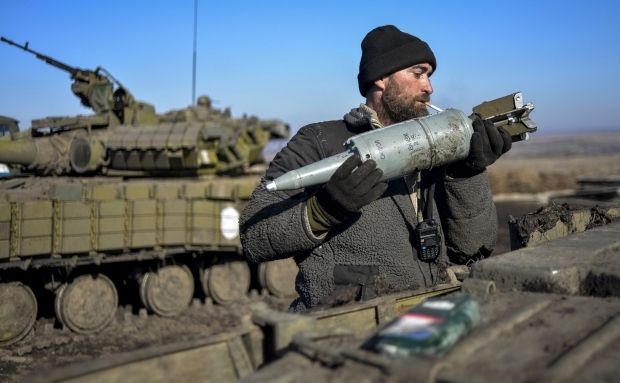 "We have already carried out the fourth stage of the withdrawal of our weapons. We are not going to fully withdraw these weapons, because we do not know that the militants have done the same," he said.

"Therefore, it would be wrong to expose the front line and to leave our soldiers without protection. That’s why we’re leaving our heavy infantry weapons there, which could temporarily stop the advancing forces so that the Ukrainian army could return our artillery to the front," Lysenko said.

As UNIAN reported earlier, on March 8 the headquarters of the Anti-Terrorist Operation said that the Ukrainian armed forces had completed the fourth stage of the withdrawal of heavy weapons.