The national anthem of the Czech Republic was played when the Czech MP arrived. 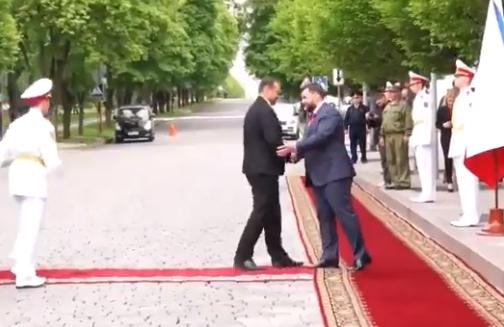 Minister of Foreign Affairs of the Czech Republic Tomáš Petříček has condemned a recent visit of Member of Parliament from the Communist Party of Bohemia and Moravia Zdeněk Ondráček to Russia-occupied Donbas.

The Czech Foreign Minister made this statement when commenting on the shared video where Ondráček is being met by one of the leaders of the "Donetsk People's Republic" ("DPR") Denis Pushilin on the red carpet rolled out for the MP during his visit to the Russia-occupied city of Donetsk. The national anthem of the Czech Republic was played at the time of his arrival.

In turn, Ukrainian Ambassador to the Czech Republic Yevhen Perebyinis thanked Petříček for condemning Ondráček's "visit" to the occupied territory. "It is offensive when someone violates international law and hides behind the friendly flag and anthem of the Czech Republic, which is a friend of Ukraine," Perebyinis said. The ambassador expressed the hope that the Czech parliament would also condemn Ondráček's actions.

If you see a spelling error on our site, select it and press Ctrl+Enter
Tags:DPRCzechDonetskillegalvisitCzechRepublicoccupiedDonbasCommunistPartyPushilin