The enemy violated the ceasefire in eastern Ukraine 20 times from 0600 to 1900 Kyiv time on Friday, the press center of the anti-terrorist operation (ATO) wrote on its Facebook page. 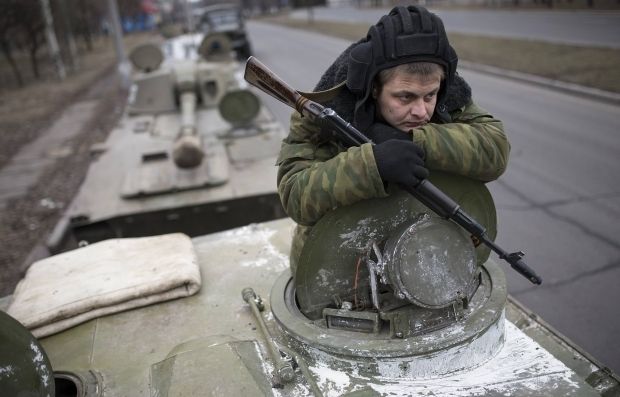 Militants in the ATO zone shelled the Ukrainian troops from 122mm caliber howitzers and 120mm caliber mortars, which should have been withdrawn as far as 25 km from the line of contact in early March.

Illegal armed formations in the Donetsk sector used 120mm caliber mortars to shell a fortification locality near the village of Pisky from 1120 to 1210 Kyiv time today, whereas artillery attacks on the town of Avdiyivka lasted from 1130 to 1200 Kyiv time. Moreover, the villages of Opytne and Mykolaivka suffered from mortar shelling.

Pro-Russian separatists have continued firing at the Ukrainian troops near the village of Shyrokyne in the Mariupol sector. During the day the Ukrainian side has registered six cases when small arms and grenade launches were used to shell the ATO troops, the press center said.