The situation near the southern Ukrainian port city of Mariupol remains tense, with a task force of the militants to the north of Novoazovsk continuing to be reinforced, head of the Information Resistance group and MP Dmytro Tymchuk wrote on Facebook on Monday. 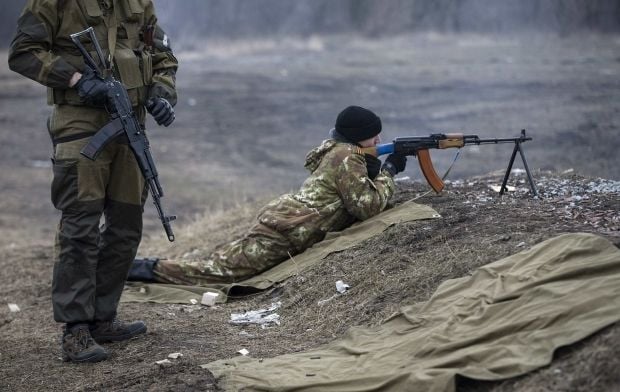 "Six units of towed artillery weapons, as well as one Strela-10M SAM were transferred to the task force through the village of Maksymovo," Tymchuk wrote.

“The enemy keeps trying to push the Ukrainian troops back closer to Mariupol, firing on the positions of ATO forces. They are said to have used the tactic of ‘wandering’ tanks and mortar detachments," Tymchuk wrote.

He also said militant troops in the Donbas continue to grossly violate the ceasefire by launching attacks on positions of Ukrainian troops. Attacks are carried out mainly with small arms, but occasionally using mortars and other heavy infantry weapons. There have also been several cases of armored vehicles and artillery being used.

In addition, the militants are continuing to reinforce their frontline positions with trenches and fortifications, Tymchuk said.

"Similar activities have been observed in the Mariupol area, southeast of Horlivka, in the western areas [of the front line] to the south of Donetsk, as well as in the area of Shastya and Stanitsa Luhanska. Special military designed engineering machinery supplied from Russia has been spotted, as well as equipment seized from enterprises and organizations in the region."