No firing from heavy weapons in last day

Russian-backed militants haven’t used heavy weapons against the Ukrainian armed forces over the last day, National Security and Defense Council spokesman Andriy Lysenko said at a briefing in Kyiv on Monday, according to an UNIAN correspondent. 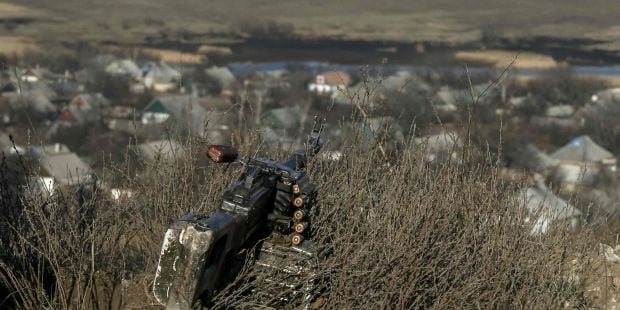 "Yesterday, on March 15, we didn’t record any case of the use of militant artillery," he said.

According to Lysenko, the greatest tension and cases of provocation by the militants using small arms, rocket-propelled grenades, mortars and armored vehicles were recorded in the villages east of Mariupol, the area of Donetsk airport, the town of Maiorsk near Horlivka, and the village of Sokolnyky near the Bakhmutka highway.

"The militants also twice fired small arms and rocket-propelled grenades directly at the village of Pisky," he said.

"Today, after midnight, the militants were active in the area of our positions near the villages of Shyrokyne and Avdiivka," Lysenko said.