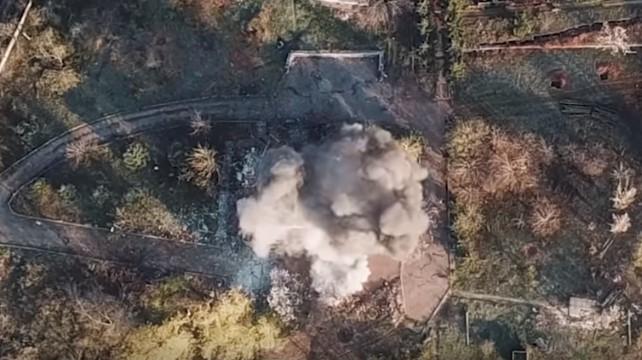 Troops of the Azov Regiment have destroyed the headquarters of the enemy in Donbas.

"Fighters of the Azov Regiment again struck at the occupiers. This time the terrorists' headquarters was under the fire of Azov's weapons. Accurate shots and the main enemy assemblage has been destroyed. Azov: we continue to fight the terrorists!" the regiment's press service said in captions of the video uploaded on YouTube channel.

As UNIAN reported earlier, one Ukrainian soldier was wounded in action in Donbas, eastern Ukraine on Thursday, May 23.

If you see a spelling error on our site, select it and press Ctrl+Enter
Tags:DonbasUkrainetroopsAzovenemydestructionheadquarters