A group of Russian-backed militants numbering up to a reinforced platoon has crossed the Siverskiy Donets River and taken up positions in Ukrainian territory, head of the Information Resistance group Dmytro Tymchuk wrote on his Facebook page on Wednesday. 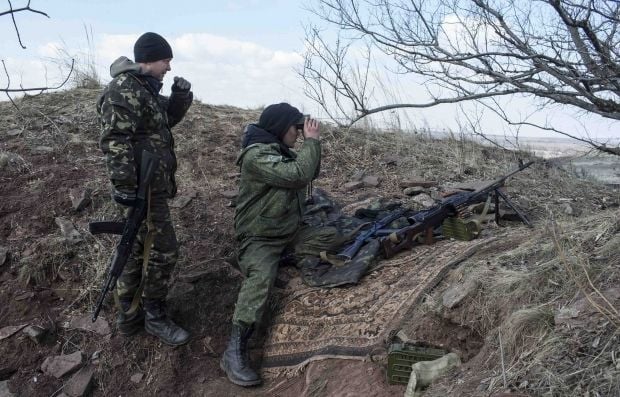 "Earlier, the militants repeatedly fired small arms in this area," he said.

"An armored group of the militants, consisting of four tanks and three armored personnel carriers, which was previously observed by the Information Resistance group during its redeployment towards the village of Vesela Hora, took up positions among combat formations of the militant advanced units," Tymchuk said.