An old bridge over the Siverskiy Donets River was destroyed in the town of Stanytsia Luhanska on Thursday at 1800 in a powerful explosion, according to Ukrainian online news service Informator. 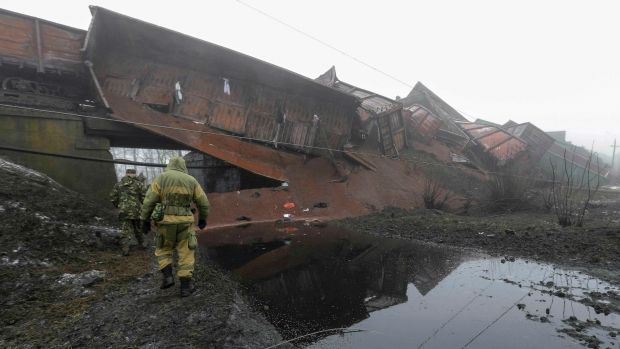 According to the report, the sound and shockwave from the explosion was felt not only in the village, but also in the eastern districts of Luhansk.

Russian-backed militants are suspected of being responsible for blowing up the bridge, the extent of damage to which is not yet known.

At around 2000, the sound of gunfire was heard in the village.

As reported earlier, the bridge was the last one between the town and the regional center. In January, there was another attempt to destroy it: A hole was blown in the bridge, but it was possible to cross it on foot or by car. Another, newer road bridge was blown up by militants last summer.