The Organization for Security and Co-operation in Europe's Special Monitoring Mission (OSCE SMM) to Ukraine reports that its monitors continue observing the presence of heavy weapons both in Donetsk and Luhansk regions, eastern Ukraine. 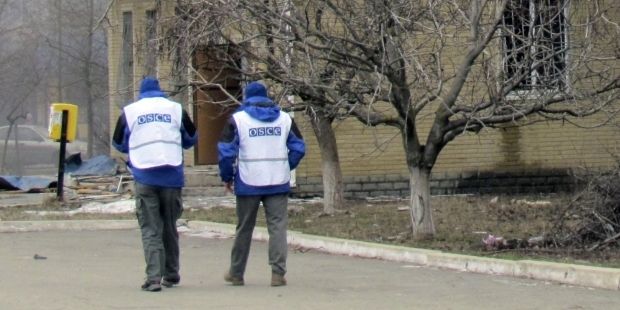 This was announced in a recent OSCE SMM report based on information received as of 1800 Kyiv time on March 19 and released on March 20.

"Close to government-controlled Kurakhove (41km south of Donetsk), the SMM observed an anti-tank guided missile on the turret of an armored personnel carrier (APC)," it said.

The presence of various types of heavy weaponry was also registered near the towns of Makiyivka in Donetsk region, and Muratove and Smolianynove, both in Luhansk region.

What is more, the SMM reported they had revisited three Ukrainian Armed Forces storage sites for heavy weapons and verified that all weapons previously registered had been in situ, in compliance with the respective withdrawal lines under the February 12 Minsk agreements.