Since the beginning of the anti-terrorist operation (ATO) in eastern Ukraine, the Ukrainian military death toll confirmed as of February 1, 2015, was 1,750 soldiers. 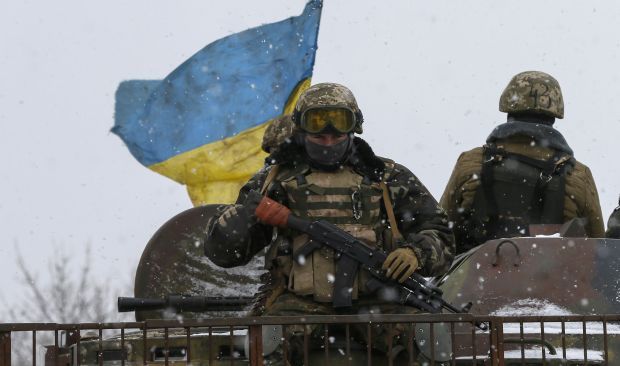 This was reported by the press service of Ukraine's Defense Ministry, according to Ukrainian news portal apostrophe.com.ua.

"As of today, the National Museum of Military History of Ukraine has collected the most complete database of Ukrainian soldiers and volunteers battalions' fighters who have died since the beginning of the hostilities [in eastern Ukraine]. General information including a photo, the date and place of birth, the date and place of death, division, military rank, position, circumstances of death, and a burial site are listed on the Book of Remembrance's website. At present, the list includes 1,750 soldiers killed as of February 1, 2015," the press service said.

Earlier death toll reports stated that 360 soldiers were killed near the town of Ilovaisk alone [severe fights in the Ilovaisk pocket in August 2014] and the official death toll during the withdrawal of Ukrainian troops from the town of Debaltseve in the middle of February 2015 was 19 soldiers.