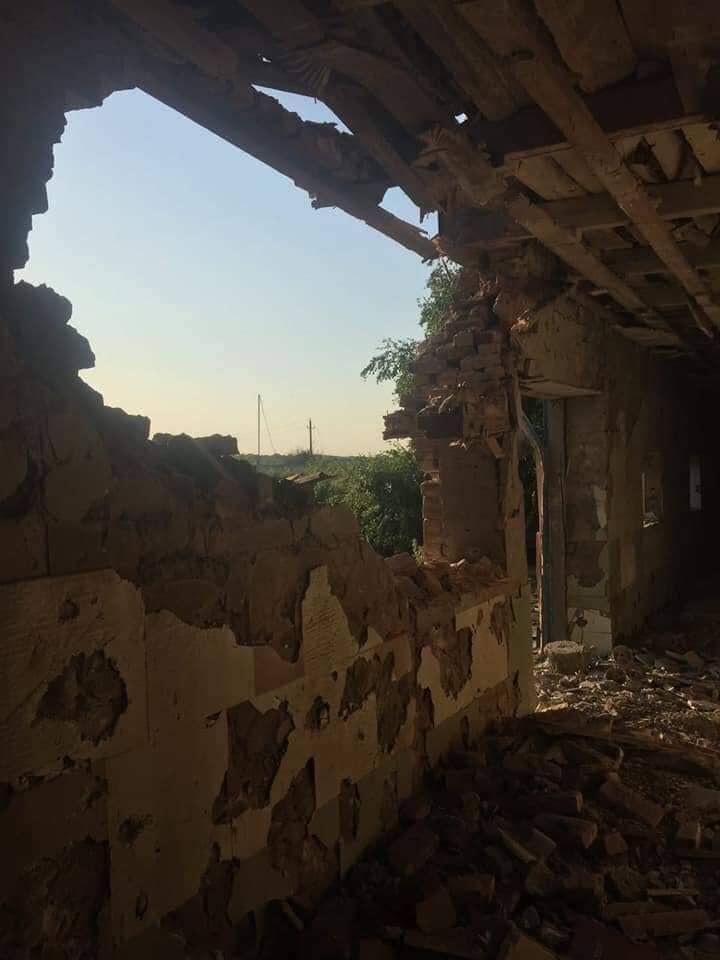 Photo from the press service of the 24th separate mechanized brigade

Four citizens have been injured, including a nine-year-old child, as a result of mortar shelling by Russian-led forces of residential areas in the town of Maryinka.

The attack began at about 05:00 local time on June 14, according to the Maryinka police department.

The law enforcers who went to the scene have documented the damage to three residential buildings on Shevchenko Street and Heroes of Chornobyl Street.

"A large family of seven people lives on 292 Shevchenko Street, four of them have received injuries of varying severity. In particular, an 86-year-old man, 57-year-old and 30-year-old women, as well as a nine-year-old child were hospitalized. The man is in a critical condition. The child suffered mild concussion," the police said.

The law enforcement officers are working at the scene.

Criminal proceedings were opened under Article 258 of the Criminal Code of Ukraine (terrorist act).

If you see a spelling error on our site, select it and press Ctrl+Enter
Tags:DonbasUkraineshellingRussianAggressionMaryinkamortarsinjured